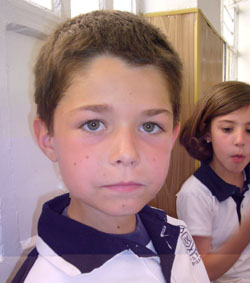 “Making a connection with one person, even a therapist, can keep you alive,” says Gil Zalsman a psychiatric researcher at Tel Aviv University. What can prevent suicide for those of us at risk? Studies, found that clinicians were able to reduce self-harm for patients with a history of self-harm by making phone calls to them. Another study discovered that when patients are released from the hospital and are then sent a postcard reminding them of a hotline number to call, their suicide attempts are decreased suicide by 50%.

A preschool child judges teachers’ and caretakers’ good behavior by the outcome but also by the adult’s intent. A study by Yale University psychologists Starmans and Bloom (2015) found that 3-8 year olds predicted better outcome from characters who acted morally and decisively. They did not evaluate favorably those who had to overcome immoral desires to do the wrong thing. Young children favored a person who enacted an immoral deed with a clear conscience over one who had mentally struggled before committing a good deed. Thus, children appear to value inner harmony between action and conscience. Adults normally credit someone who overcomes temptation to act wrong, as stronger moral fiber than someone who was not tempted at all.

Between 4 and 5 year old children, research found that the older pre-schoolers expected an aggressor to show remorse after breaking another child’s toy. “Five-year-olds very clearly prefer a transgressor who shows remorse; they think that that person has done the right thing, and they think that the non-remorseful transgressor is meaner and has not done the right thing,” says researcher Amrisha Vaish.